Our children need positive role models.  Fortunately, we need to look no further than the saints. Check out this collection of saint books for Catholic kids, the perfect resources for building your child’s patron saint posse. (Want to discern the perfect saint posse? I’ve got a toolkit for that!)

Growing up, the only book about the saints I knew of was Butler’s.  It’s a fantastic resource, but it’s more of an encyclopedia than an in-depth study.  It wasn’t until our first IHM conference in 2014 that I discovered the wealth of literature on the saints geared toward children.  There are so many well-written biographies of the saints for kids that it’s hard to pick out just a few! My first pick is by Jason Everett – St. John Paul the Great: His Five Loves.  Suitable for teens and above, this book is a collection of stories about JPTG from those who knew him well: fellow priests and bishops, former students, and members of the Swiss Guard.  Did you know he was nearly murdered in the Philippines by one of bin Laden’s henchmen?  Or that he was stabbed while saying mass at Fatima, but kept on going?  Did you know that he had conversations with the Virgin Mary?  An excellent read that sheds light on the life of JPTG and the five loves he held dear.

Another resource on the life of this great saint focuses on the childhood of Karol Wojtyla.   Centered on the question “Who do you love most?”, The Story of Saint John Paul II: A Boy Who Became Pope reveals how his answer to this question shaped both his personal and spiritual lives, culminating in his canonization as one of the great saints of the Church.  Author/illustrator Fabiola Garza is a character artist for Disney, so the illustrations in this book are a treasure on their own.  This work is suitable for children ages six and up. 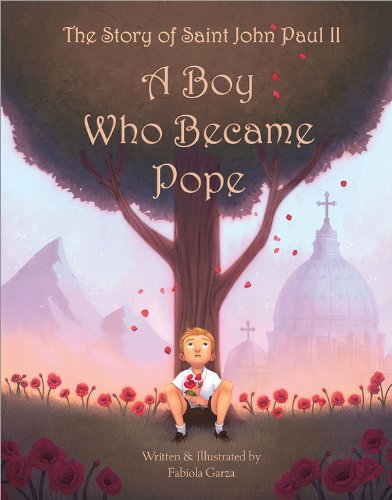 The Story of St. John Paul II: A Boy Who Became Pope

I love John Paul the Great because of his human-ness.  But what we often forget is that all of the saints were human, each with his or her unique strengths and weaknesses.  St. Teresa of Avila: God’s Troublemaker is a manga-style graphic novel by Song-I Yun.  Song-I relates St. Teresa’s spirited, willful actions as a child in Spain, then later as the foundress of a reformed Carmelite order.  But unlike a willful child whose actions serve her own desires, this future Doctor of the Church was a rebel for Christ and a role model for young Christian women everywhere.  An engaging read for ages eight and up. 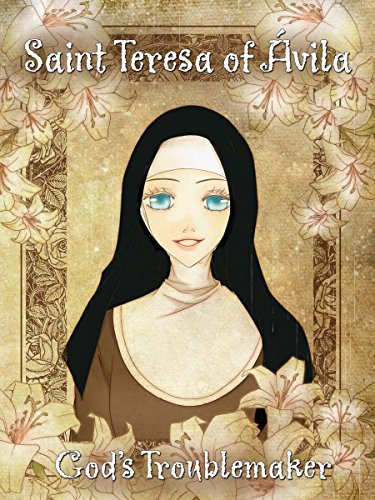 Mother Teresa is perhaps one of the most complex, enigmatic saints of the Church, experiencing long periods of darkness in which she felt as though God was truly absent from her life.  But Didier Chardez’s Mother Teresa of Kolkata is as accessible as it is riveting, tracing this amazing woman’s undying devotion to Christ and the dignity of life.  Suitable for ages eight and up.

Mother Teresa of Kolkata: A Saint Among the Poor

The story of Our Lady of Fatima is a beautiful one to share with our children.  Families who would like to learn about the children to whom Mary revealed herself should check out Blesseds Jacinta and Francisco Marto: Shepherds of Fatima by Anne Eileen Heffernan, FSP.  Sweet illustrations and an accessible text make this picture book appropriate for ages six and up. Adolescents get a bad rap for poor decision-making skills.  But as a former high school teacher, I believe that reputation is undeserved.  I think Colleen Swaim would agree with me, given that she explores the lives of eight young people whose courage and piety set them down the path to sainthood.  If your teen could use a little encouragement in this complicated world, check out Ablaze: Stories of Daring Teen Saints and Radiate: More Stories of Daring Teen Saints. You won’t regret it.

Still in the trenches with the little guys? My final recommendation is a book for younger children. My friend Katie Warner recently released the first in a series of board books for young children. Cloud of Witnesses: A Child’s First Book of Saints is as sweet and beautiful as it is sturdy. Featuring 11 saints from Augustine to Pio, Warner and illustrator Meg Whalen pair simple but meaningful saint quotes with delicate artwork that truly captures the essence of each holy saint. My whole family loves this book, regardless of the intended age range. Suitable for children ages 2 and up.

Cloud of Witnesses: A Child’s First Book of Saints

The titles I’ve suggested are only a few of the wonderful books available for children to learn about the saints. As a whole, they give a much brighter, more focused picture of these courageous men and women than Butler’s, making them the perfect complement to any family library.

Check out the family toolkit for Choosing Your Child’s Patron Saint!

Choosing Your Child’s Patron Saint: Because Your Kid Needs a Posse

5 Saints Perfect for Strong-Willed Girls (And Their Moms)

3 Saints Perfect for Strong-Willed Boys (And Their Moms)